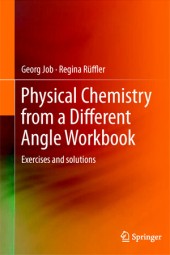 A New Concept of Thermodynamics 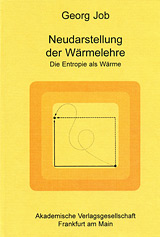 Thermodynamics is generally considered as a difficult and abstract subject, particularly by beginners. Its development appears arbitrary and unrelated to such topics as mechanics and electricity and its concepts are not easily clarified by making use of analogies to other areas of physics. The variety of abstract quantities such as entropy, enthalpy, state function, free energy, reversibility, fugacity, etc. make it hard for a student to attain a comprehensive overview of the subject.

For example, the concept of „heat“ shows a contradiction between theory and intuition. Whereas in everyday experience heat is considered to be something that may be produced in an oven, keeps a room warm and escapes along with air through an open window, in physics, heat represents a form of energy that is transferred from one body to another and is not an inherent property of a body. Expressed mathematically, the quantity of heat Q is not a state function and its differential dQ is therefore incomplete. This conflict between theory and intuition is particularly evident when even scientifically educated people do not clearly understand the relationships. But we successfully deal with our environment using a concept of heat that differs from the one taught in physics. Even years of high school and university teaching have not changed this. Therefore, it was deemed worthwhile to try to construct a theory based on the intuitive concepts of heat. This attempt turned out to be successful and the familiar theory of thermodynamics has been developed from a completely different starting point. The resulting educational framework is built on a new foundation, conceptually rearranged and stripped of all unnecessary parameters. This new approach has also the advantage of mathematical rigor, on the other hand, deviation from common ways of thinking developed over more than a century, is a definite disadvantage.